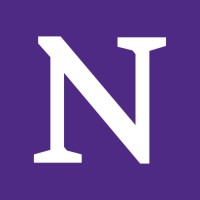 Chief of Staff | Office of the President | Elect

Full-time
Apply for this JobEmail Recruiter

Connect the Northwestern community with the Office of the President

Office of the President-Elect Support

Northwestern requires all staff and faculty to be vaccinated against COVID-19, subject to limited exceptions. For more information, please visit our COVID-19 and Campus Updates website.

The Northwestern campus sits on the traditional homelands of the people of the Council of Three Fires, the Ojibwe, Potawatomi, and Odawa as well as the Menominee, Miami and Ho-Chunk nations. We acknowledge and honor the original people of the land upon which Northwestern University stands, and the Native people who remain on this land today.

Apply for this JobContact Recruiter

Looking for a new role?

Subscribe below for weekly digest of the latest opportunities.

Thank you so much!

Now you will get curated list of job opportunities each week.
Oops! Something went wrong while submitting the form. Please try again